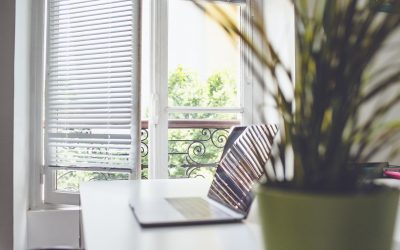 With summer in full swing, I still get that “school’s out, sun’s out!” sense of euphoria, even as an adult whose work schedule doesn’t vary that much in the summer months. That, combined with the feeling like the pandemic is in the rearview mirror (at least in the US) and there’s a palpable exhale of relief in the air.

Like a rearview mirror though, things are closer than they appear—at least for me. I tested positive for Covid-19 in late January of this year and only fully returned to work on June 1st. I had first tried going back in February after my initial flu-like symptoms subsided, and resumed my regular schedule: work at The Boedeker Group during the day, then take care of my kids after preschool in the late afternoon and evenings. The first few days were fine, but then my Covid symptoms returned—some even stronger than when I had them initially: muscle aches plagued my legs and made them feel like jelly; I was bone-tired all the time—not the typical working-parent exhaustion, but a powerful fatigue where all I wanted to do was crawl into bed; and most concerning was the shortness of breath and chest pressure I experienced when I exerted too much physical effort. (Less consequential but still a sign that things were off: my sense of smell hadn’t returned yet—well, consequential for my daughter, whose dirty diapers went unnoticed for hours. Sorry Anna).

After two weeks back at work, I set up a call with Gina, Founder and CEO of The Boedeker Group (and my direct supervisor) to explain how I was feeling and that I would need some extra time off. I was pretty certain I’d only receive a supportive response with concern for my health, but I was still nervous. We were in full swing of Q1, by far our busiest quarter, as many of our clients are educational learning companies with a crucial need for insights into their markets during the spring selling season. Gina was as supportive and empathetic as I’ve known her to be, and we decided together that I would take a month, which we both assumed would be more than enough time for me to recover.

I spent that month pretty much sleeping all morning so I’d have enough energy to take care of my kids in the evening. When my return-to-work date was a few days away, I called Gina and again said I would need more time: “Just two weeks,” I promised. “I think that’s all I need to finally kick this thing.” I started reading articles about “long haulers” and “Long Covid”—people  just like me, who continue to feel symptoms long after the days or weeks that represent a typical course of the virus. Many were also having trouble returning to work and it had become a widespread enough issue that the NIH announced in February that they were committing $1 billion to researching Long Covid.

Two weeks passed, and I still wasn’t myself. This time I called Gina, holding back tears and explained that I had no idea when I’d feel better and, if I still wasn’t well after another month, she should find someone else to take my position. I just didn’t feel right keeping the company in a holding pattern, without having certainty of when I’d return. “Penina,” Gina responded firmly, “you will always have a job at TBG. Just focus on your health and don’t worry about work. We’ll manage, and we’re here for you when you’re ready.”

I was so relieved (though not entirely surprised) that the situation was handled with a level of empathy and pragmatism that made me feel completely supported. Throughout my leave and multiple leave-extensions, Gina worked with our HR manager to ensure that as much of my leave as possible was paid. I also heard from my colleagues on a regular basis, frequently sending virtual hugs, checking in, and reassuring me that they had me completely covered at work.

I thought back to earlier conversations we had about our company’s values: how we wanted to create a work environment that not only supports but celebrates the ability for every employee to have a well-rounded, healthy life. Rather than view an ideal “work/life balance” as a perk, we see it as essential: if employees feel truly supported through life’s ups and downs, they are more engaged and productive. Of course, a piece of that is wellness, but not the superficial version of “wellness” that some start-ups claim are part of their culture. Those office yoga studios and juice bars are usually in exchange for buying into a toxic “hustle” mentality of working 80-hour weeks. Wellness for TBG was emphasizing and encouraging wellbeing for employees in all aspects of their lives.

We agreed I was going to be on leave until Memorial Day, but reassess as it got closer. During that time, I started seeing doctors at a post-Covid recovery program and also received the Pfizer vaccine, as many long-haulers reported improvement to their symptoms after being vaccinated. (Researchers say it’s possible that the vaccine helps the immune system fight off residual virus and clears those remnants away.)

As June 1st approached, I finally turned a corner. I could think more clearly, wasn’t as fatigued, and I was short of breath much less often. I finally felt ready to come back and decided that I wanted to write this piece. I wanted to share how TBG handled this situation because I realized that the pandemic put our company’s core values to the test: did we truly have a culture and leadership that put employees’ wellbeing first? It was clear to me the answer was yes.

Penina Braffman is Director of Client Services and Senior Project Manager at the Boedeker Group.